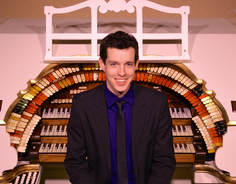 Named “Theatre Organist of the Year” by the American Theatre Organ Society in 2022, Zach grew up in Lake Geneva, Wisconsin. He discovered the theatre pipe organ at age five, when his family happened to visit Organ Piper Pizza in Greenfield, Wisconsin. At that time, the Organ Piper’s Featured Organist was Dave Wickerham, who was highly influential in Zach’s interest in the instrument. Zach was the first recipient of the George Wright Memorial Fellowship from the American Theatre Organ Society in 2003, allowing him to attend their annual convention that year.
​In early 2011, Zach was fortunate to become the Organ Piper’s Featured Organist, where he entertains nightly at the three-manual, thirty-rank theatre pipe organ.
Zach has a degree in Recording Technology from McNally Smith College of Music in St. Paul, Minnesota. He has been privileged to work on several recording projects as an engineer, most recently, Dan Minervini’s excellent CD, “Where Or When”, recorded at the Jack Hardman Studio Wurlitzer in Great Falls, Virginia. Equally at home behind the console as in front of it, Zach is also an experienced pipe organ technician and maintains several instruments in Southeastern Wisconsin.
In April of 2018, Zach added "recording artist" to his list of credentials, releasing his first CD entitled "It's About Time". The disc was recorded at the Organ Piper's theatre pipe organ. It features Zach performing not only on the organ, but also a variety of percussion instruments- as well as being the producer and recording engineer of the project.
Away from his profession, Zach and his wife Emily reside in East Troy, Wisconsin, where he enjoys all things vintage transportation. He has had his hands in everything from cars to boats and was formerly a volunteer with the East Troy Railroad Museum.
Click here for hi-res publicity photos 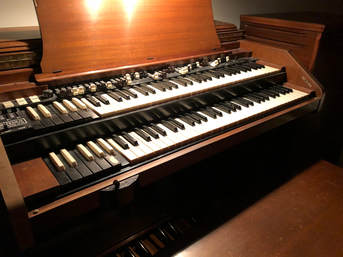 ​Why C-2 Productions?
When I was in college, our final project involved creating a fake production company.  In those days, I was playing my Hammond C2 organ most often, whether it be on recording sessions or on jazz gigs with my friends.  Long story short, the name stuck and the fictional company became a real company! 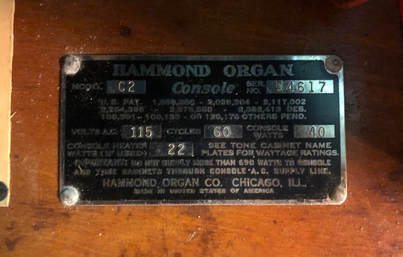 I actually started out playing Hammonds, my dad had a B3 when I was little- he later graduated to an X66.  I was able to get the C2 when I was in high school.  It lived in the high school band room for a year or two and I was known to load the thing into the back of my dad's pickup and take it to various gigs that I was playing at the time.
© C-2 Productions LLC 2022